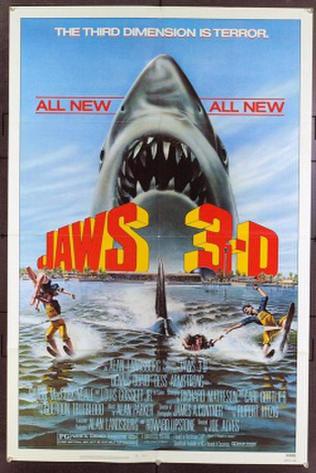 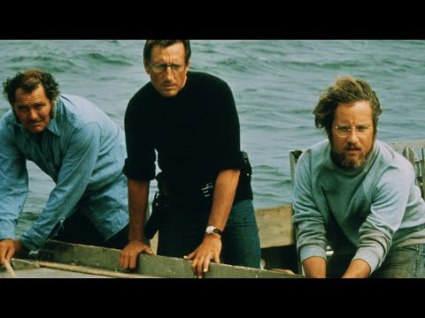 Jeanne: Just in time for the last major weekend of the summer, JAWS is being rereleased nationwide on September 2, 2022 in REAL D 3D for a limited time only. If you’ve never seen Steven Spielberg’s classic on the big screen, now’s your chance --- and did I mention it’s been remastered in 3D??

Unless you’ve been living under a rock for the last 47 years --- it was originally released in 1975 --- JAWS is the hugely influential summer blockbuster about a massive great white shark terrorizing the fictional beach resort community of Amity Island, New York. Starring Roy Scheider as the local police chief Martin Brody, Robert Shaw as Quint, the modern-day version of Captain Ahab, and Richard Dreyfuss as Matt Hooper, a marine biologist, JAWS is as timely now as it was in 1975.

After a couple of people --- and a black lab named Pippit --- are dragged deeper into the water and eaten, the people of Amity, including the town’s mayor and real estate guru, Larry Vaughn (Murray Hamilton), are still reluctant to close the beaches. “Summer dollars” are vital to this community and closing anything, especially the oceanfront swimming areas, would be a disaster financially.

But there is no denying the severity of the town’s predicament when the 4th of July brings more death and chaos thanks to the mighty hungry shark who just won’t move on from his current source of fine dining. Quint has offered his services for the tidy sum of $10,000 and after the latest attack, it has become vastly apparent that the townspeople will have to pay up to rid themselves of this maritime menace.

Brody and Hooper set off with Quint on his boat, Orca, which eventually elicits one of the most memorable --- and oft-repeated --- lines in movie history, “You’re gonna need a bigger boat!”. As they navigate the ocean searching for their prey, it quickly becomes obvious that the great white has the same idea --- hunt and kill them.

Labeling JAWS as a thriller seems a bit of an understatement. It’s that and so much more. The editing --- for which it won an Oscar --- is superb and the jolting surprises are well-placed and unforgettable. This was Spielberg’s first directorial blockbuster and it remains a doozy. Even if you’ve seen it before, the scariest scenes still induce heart-pounding reactions, all enhanced by John Williams’ Academy Award-winning score.

Watching JAWS in 3D on an exceptionally large screen adds even more shocks. You may not want to stick your toe in the ocean for a while, but hey --- it’s totally worth it!

David:  It has been 47 years since Steven Spielberg’s JAWS first appeared in movie theaters, deterring people from going into the ocean for fear of being dinner for a great white shark. That was 1975. Now in 2022 the original film, remastered, is being presented in 3D, complete with far superior black framed plastic glasses than those used for the older 3D movies of the past.

Today’s moviegoers under 57 likely did not see the original on the big screen. This is a great opportunity for film fans of all ages to see one of the most iconic movies ever made the way it was designed to be seen. Does the addition of 3D make a difference? I’m not sure, but the thrills and surprises of the original still manage to raise more than a few hackles. And let’s not forget this is one of many Spielberg masterpieces.

First and foremost is the immediately recognizable soundtrack by the incomparable John Williams, a five-time Academy Award winner, including for JAWS. Although most of the leading cast members are no longer with us, the profound performances by the late Roy Scheider, Robert Shaw and Murray Hamilton bring us back to 1975.

Richard Dreyfuss, who played marine biologist Matt Hooper at age 28, is alive and well. Scheider’s Chief Brody, Shaw’s seafarer/shark hunter Quint and Hamilton’s stubborn Mayor Vaughn of the fictional town of Amity help to make a re-viewing of JAWS a special event all over again.

It is mandatory to see certain movies in a theater environment. JAWS is one of those. 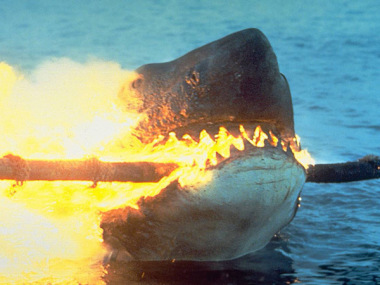