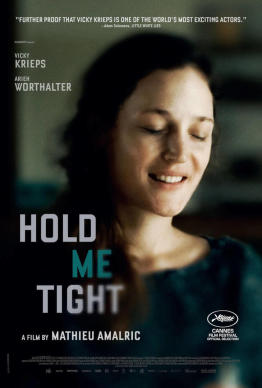 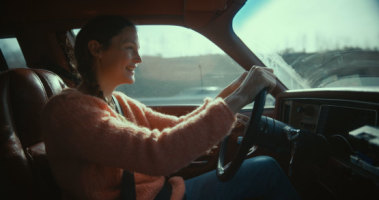 Jeanne: Sometimes, movies are too clever --- and convoluted. As a lover of all things French, especially French films, it pains me to admit that HOLD ME TIGHT is not as compelling as expected, and it’s painstakingly complex. Based on the play by Claudine Galea, the screenplay was adapted and directed by Mathieu Amalric, the lead actor from one of my favorite films THE DIVING BELL and the BUTTERFLY (2007).

Vicky Krieps plays a mother who wakes up very early one morning, creeps around her home gathering a few items and then gets in her car and drives away while her husband, Marc (Arieh Worthalter) and their two children, Lucie (Anne-Sophie Bowen-Chatet) and Paul (Sacha Ardilly) sleep. Immediately, the question becomes “Why is she leaving?”

When she stops at her girlfriend’s (Aurélia Petit) gas station, Clarisse is asked if she’s running away. It’s meant to be playful, but a certain hidden meaning is left hanging. Meanwhile, Marc is at home taking care of their children, reassuring them that their mother has gone on a trip and will be home soon. Lucie is obsessed with practicing the piano, while younger Paul is only interested in playing outside.

As their mother makes her way to the beach in her 1978 AMC Pacer listening to tapes of Lucie playing the scales on the piano, Amalric begins to drop hints that all is not what it appears to be. 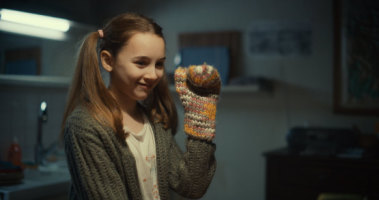 Despite Krieps’ nuanced performance --- and it is amazing --- Amalric’s pacing is slow moving, which muddles the impact of his storyline. It’s not enough to have a seemingly loving couple at odds with one another to capture the audience’s interest. And after a major reveal in Amalric’s script, it’s impossible to continue with the remainder of HOLD ME TIGHT wishing for a different outcome.

Considering I am able to cry over just about anything --- including commercials and dog videos --- I didn’t shed one tear throughout HOLD ME TIGHT. Something is amiss here in Amalric’s valiant attempt to create a memorable story about love and loss. Even the marvelous color palettes captured by cinematographer Christophe Beaucarne of the French winter and the beautiful piano pieces by Debussy, Beethoven, Rachmaninov and others, can’t change the tenor of HOLD ME TIGHT. 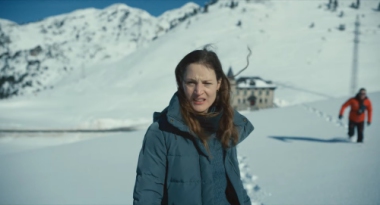 David: HOLD ME TIGHT is a very strange film, indeed. We’re not really sure what is happening until the last few sequences and I can’t say that the final payoff is worth the wait. But I hesitate to dismiss it because of its uniqueness.

When Clarisse, a wife and mother, (Luxembourg actress Vicki Krieps) leaves her apparently happy home and her husband and two children behind, the question is why? There is the suggestion that someone is dead, but whom?

I kept wavering between the wife either no longer alive --- or she was coping with the possible death of her family in an accident, and not dealing with it very well. At times she appears to be in complete denial, but filmmaker and co-writer Mathieu Amalric keeps us guessing throughout. Much of the movie involves flashbacks of the family before and after, but before and after what? 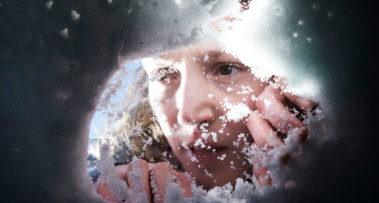 Yes, it’s confusing to say the least, but at least it’s a concise telling at a bit over an hour and a half. No doubt some viewers will be moved by the final resolution, but I can honestly say it was not an emotional experience for me. Usually if you don’t much care for the characters it is nigh impossible to have deep feelings for any of them. A much better film is THE DIVING BELL and the BUTTERFLY (2007) in which Amalric was the star.