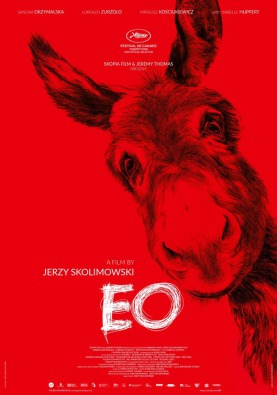 Jeanne: The year 2022 has been a big one for donkeys. First, there was the loveable, stubborn Patrick in MY DONKEY, MY LOVER & I. Then sweet Penny, the miniature donkey, in THE BANSHEES OF INISHERIN. And now, a precious gray donkey starring in his own film,

EO, winner of the Jury Prize at Cannes this past May. I may have mentioned this once or twice before, but I happen to absolutely ADORE donkeys!

The highly regarded Polish director, Jerzy Skolimowski, has returned to films after a seven-year absence to bring the moving screenplay he co-wrote with Ewa Piaskowska, the third they’ve penned together, to life. Skolimowski was influenced by the 1966 French film, AU HASARD BALTHAZAR, by Robert Bresson, the only movie which has ever moved Skolimowski to tears. Subsequently, Skolimowski “wanted above all to make an emotional film” and he has definitely succeeded.

EO, who Skolimowski insisted had to be gray, is actually portrayed by six donkeys. Tako, the first donkey acquired, is the star, with Hola, Marietta, Ettore, Rocco and Mela as the doubles. Each animal had its own distinct personality, so filming presented various issues. Many times it was easier to change the scene rather than trying to get the donkey to comply to the script. One can only imagine ---

EO begins with a pretty circus performer named Kasandra (Sandra Drzymalska) and her beloved sidekick, a donkey named EO, executing their act for a small crowd in a Polish town. Animal rights activists manage to remove EO and the other animals, sending the poor donkey on an odyssey across Poland and eventually Italy. It quickly becomes apparent that EO’s only goal is to again find his true love, Kasandra.

Along the way, EO is helped --- and hindered --- by a range of characters, none of whom can replace his circus beauty. Like life for humans, EO’s existence becomes a compilation of what ifs. What if he had been able to stay with Kasandra, what if she hadn’t found him again when he seemed happy enough giving rides to children with disabilities? What if a drunken soccer team hadn’t made him their mascot? And what if the kind young handsome Italian priest, Vito (Lorenzo Zurzolo), had paid more attention to him than his stepmother, the Countess (Isabelle Huppert)? 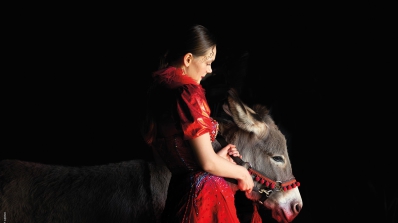 Skolimowski’s arresting film forces the audience to experience the joys and heartbreaks of this nomadic creature. And his story is distressing at times. Why do humans think they can treat animals cruelly and not suffer for it? It’s maddening, and EO is one of those movies which will hopefully cause people to think about the consequences when dealing with our four-legged counterparts.

What also sets EO apart is the stunning cinematography by Michal Dymek and the beautiful score by Pawel Mykietyn. Skolimowski and his cast and crew were committed to making a film honoring animals and nature. They have certainly accomplished that --- and more.

David: Polish filmmaker Jerzy Skolimowski enlisted an adorable donkey named Tako and five other donkeys as his doubles to be the stars of his film EO, Poland’s entry for Best International Feature at the 2023 Oscars. After winning the Jury Prize at Cannes, can EO be in line for more accolades?

Much of this movie is seen by the viewer through the eyes of its four-legged hero. EO is part of a circus act with Kasandra (Sandra Drzymalska), his pretty caretaker and fellow performer, with whom he knows true love. When they are separated by an animal rights group, EO, against his will, embarks on a journey where he experiences the best and worst of his human counterparts.

At times difficult to watch, particularly the stark ending, it is clear that Skolimowski has a profoundly deep respect and love for animals. He also commented in an interview that the animals were all cared for by teams of vets at every turn, both before and after their long hours on set. Throughout EO we wonder if Kasandra and EO will ever be reunited. One thing is certain --- the donkey clearly remembers her and reinforces the notion that animals do cry.

The movie is both an indictment of the worst of human behavior and the true kindness of strangers. Many of the magnificent shots of EO’s journey are captured beautifully by Director of Photography Michał Dymek and his crew, accompanied by composer Paweł Mykietyn’s moving score. 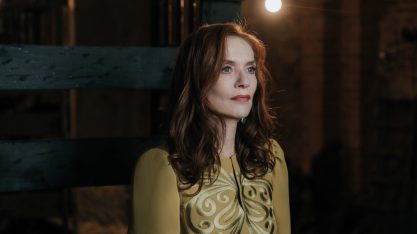 Skolimowski claims to have cried only once at the movies, over 50 years ago watching AU HASARD BALTHAZAR,. also about a beloved donkey. He realized from this experience that animals can act and be a source for emotion. They don’t really act, of course, but they do respond to human interaction. With Tako and friends Hola, Marietta, Ettore, Rocco and Mela, the director says only through tender words whispered in their ears accompanied by friendly caresses was he able to “persuade” them to perform certain acts.

At one point in the film, one of the donkeys playing EO refuses to eat a carrot. Maybe they can act after all. Another certainty about this film --- it did not deter Jeanne from wanting a donkey of her own. I guess when she calls me an ass that’s not the same thing. 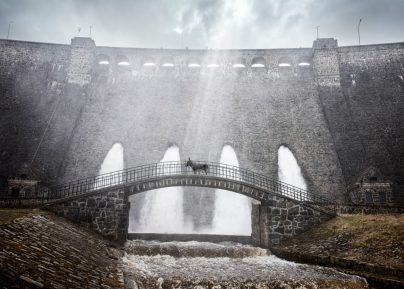