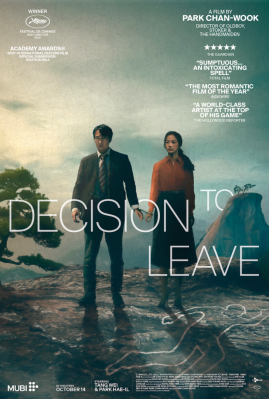 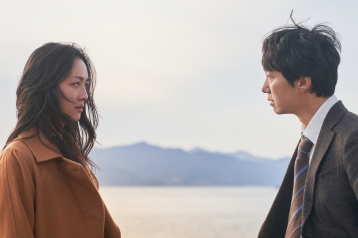 DECISION TO LEAVE begins with a question. Did the South Korean businessman who lies dead at the bottom of a mountain jump --- or was he pushed? And if he was pushed --- who may have been responsible? Young, polite and handsome police detective Hae-joon is assigned to the case. He’s been married for 16 years, but now has only a weekend relationship with his wife who lives elsewhere for work.

The businessman’s wife, Seo-rae, shows no emotion when told her husband has perished. Instead, she remains stoic, and even laughs at one point in her police interview. Claiming she dislikes climbing, a sport her husband loved, as Hae-joon gets further involved in his investigation, he learns things aren’t what they seem. But none of this prevents him from becoming obsessed with the beautiful widow. 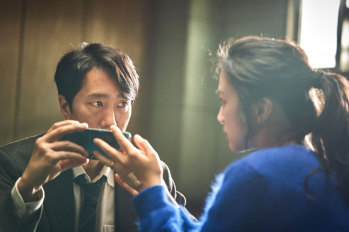 DECISION TO LEAVE is a taut thriller with more than enough twists and turns. Park Chan-wook has created a good, old-fashioned detective film noir imbued with humor and subtle touches of sophistication. Though it’s too long at two hours and 18 minutes --- such a problem these days --- DECISION TO LEAVE is a gorgeous piece of filmmaking with an unsettling ending. It’s not necessarily a surprise, just sad and disheartening.

His two main actors, Tang Wei and Park Hae-il are superb. They are exceptionally well suited, exuding a chemistry most dire ctors would kill for. Her breakout role was Ang Lee’s LUST, CAUTION (2007), still a huge favorite of mine after all these years. I continue to play the soundtrack often. Tang Wei is lovely, yes, but it’s her quiet, almost non-emotional screen presence that dominates.

Both of these actors convey more with one tilt of the head or solemn stare than many actors can achieve in a lifetime. Park Hae-il gives an exquisite, understated performance, until the end --- and then he explodes with emotion. Not everyone will be entranced by DECISION TO LEAVE, but devotees of Park Chan-wook will revel in is continued brilliance. 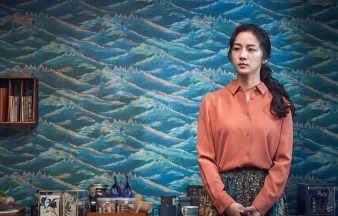 David:  In order to review DECISION TO LEAVE I must invoke one of Jeanne’s favorite mantras --- this movie is way too long. The story of detective Hae-joon (Park Hae-il) investigating a murder and suspecting the wife Sero-rae (Tang Wei) is complicated by the cop’s romantic leanings towards his suspect. She may have pushed her husband over a steep cliff as suggested by one scenario, but the detective tries to find a different killer in the case for obvious reasons.

Director Park Chan-wook, a past winner at Cannes for OLDBOY (2003) and THE HANDMAIDEN (2016), solves the language barrier between his two main characters --- she speaks Chinese while Hae-joon speaks Korean --- by using their cell phones to translate when either of them cannot understand the other. I found this confusing, at times, as to who was speaking what, but I have a bigger criticism. 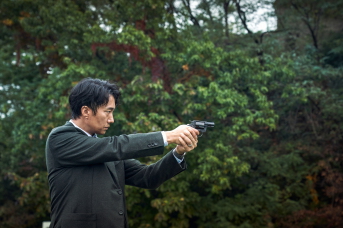 If two people are so entangled with their feelings for each other, why does it take so long to act on these feelings? I understand that Chan-wook, who also co-wrote the script, did not want his film to devolve into a sexual affair, but the issue of even a long-delayed kiss seems unreasonable and unrealistic.

Yes, Hae-joon is married, but he only sees his wife on the weekends because of work. One laugh-out-loud nugget of wisdom comes from Hae-joon’s partner who says that couples should have sex even if they hate each other.

I did not find DECISION TO LEAVE all that intriguing. Comparisons to Hitchcock are way off base but the movie is beautifully filmed by cinematographer Kim Ji-yong. However, the suspense the movie generates, as some have declared, is minimal.