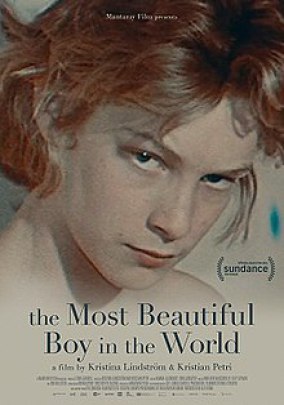 Already a well-known director --- and born a wealthy aristocrat --- Luchino Visconti traveled all over Europe in 1970 searching for the “perfect boy” to play the role of Tadzio in his production of DEATH IN VENICE (1971). Along with the Swedish casting director, Margareta Krantz, for his new film they viewed one parade after another of beautiful boys until they came upon Björn Andrésen, in Stockholm, Sweden, a painfully shy 15-year-old, prodded into the casting call by his grandmother.

Fifty years later, THE MOST BEAUTIFUL BOY IN THE WORLD directors Kristina Lindström and Kristian Petri, along with Andrésen, recount his personal journey from that first kiss of fame until his present-day struggles with getting his life in order. Filmed over five years in Stockholm, Paris, Budapest, Copenhagen, Venice and Tokyo, they retrace his meteoric rise to stardom and the subsequent perils of notoriety at such an early age.

During those five years, the filmmakers helped him as he sought answers regarding his mother’s tragic death, and the identity of his father. His sister, with whom he remains close, had a different father, so she was of no assistance in this matter. And his mother’s dearest friend, who is interviewed, claims his mother never divulged his father’s name. All this compounds Björn’s feelings of inadequacy and despair following Visconti’s pronouncement of him as “the World’s most beautiful boy”.

The last 50 years have not been entirely kind to Björn. Though his face still retains some of his youthful beauty, a great deal has been altered by his addiction to smoking. Fiendishly thin with a flowing mane of gray hair, Björn lives in a small apartment in Stockholm with his girlfriend.

He is at risk of eviction because of his failure more than once to shut off the gas on the stove --- and the overall state of the living space. Together he and his girlfriend embark on a restoration project, so he can remain after an inspection.

THE MOST BEAUTIFUL BOY IN THE WORLD is an utterly fascinating expose of our world’s obsession with beauty. Though he continued to act, work as a model and as a musician, Björn has forever remained in the shadow of that gorgeous boy he once was at age fifteen. When DEATH IN VENICE  premiered at Cannes in 1971, Visconti himself declared that Björn would never be that beautiful again. He was 16 then, and already past his prime.

It’s a cautionary tale, to be sure --- what constitutes beauty and how it can be short-lived --- and most importantly, how it can ruin lives. Björn Andrésen has survived all of that, thankfully, but not without a price.

When a famous movie director gives you the moniker of ‘the most beautiful boy in the world’ at age 15, how do you maintain that status? The answer is you emphatically do not.

In 1970, Italian filmmaker Luchino Visconti wanted to make a movie based on the Thomas Mann novel ‘Death in Venice’. His film featured Dirk Bogarde as an aging gay composer who espies Tadzio in a hotel, a young man far too pretty to be called merely handsome. It probably didn’t hurt the film’s credibility that Bogarde was gay in real life. So naturally Visconti was obsessed with finding the right actor to play Tadzio.

After eliminating a few contenders, in walked a teenaged Swede named Björn Andrésen for his audition. It wasn’t long before Visconti asked the boy to remove his shirt, a request --- or more of a demand from the gruff Visconti --- which clearly made Andrésen uncomfortable. He ultimately did comply.

Visconti’s movie version of the book took the Cannes Film Festival by storm in 1971 and Andrésen along with it. The boy rode a wave of celebrity that extended literally around the world for five years, his phenomenal rise taking him to Italy, England and Japan among others. He was the object of public adoration --- male and female alike --- especially in Japan where he was treated like a Greek god. Andrésen is now 66 years old, the subject of an inordinately compelling documentary THE MOST BEAUTIFUL BOY IN THE WORLD from directors Kristina Lindström and Kristian Petri.

Visconti is long gone, having died in 1976 at age 69 --- five years after his film debuted at Cannes. But Andrésen --- while not the pretty boy he portrayed in DEATH IN VENICE --- is still a handsome man. His long, long locks have turned gray and he sports an equally gray beard, but the important reason to watch this film is Andrésen’s openness about his life and the tragedies that befell him after his brief stint with fame.

THE MOST BEAUTIFUL BOY IN THE WORLD is surprisingly absorbing, alternately sad and occasionally uplifting, but truly worth your time.